Create an Account - Increase your productivity, customize your experience, and engage in information you care about.

The Memorial Statuary is composed of five larger-than-life figures.  The Korean War Statuary was commissioned by the Wisconsin Korean War Memorial Association in 1993 to a Sculptor Designer, Joseph Mendla, who was also the owner of HartBronze, Inc. a casting foundry in Milwaukee.  Joe is currently a resident of Grafton, Wisconsin.  The actual sculptor on the project was Gwendolyn Gillen a former employee of HartBronze Inc., who recently passed away a few years ago.  She later became a business partner with Vanguard Sculpture Services, which is where the sculptor was later bronze casted.

The statues face east, because Korea is in the Far East. All five figures are touching, touching in brotherhood comes from battle.

There are no weapons on the Memorial, this is to confirm the veteran's wish for peace. The five figures stand in memory of all veterans who service our state. 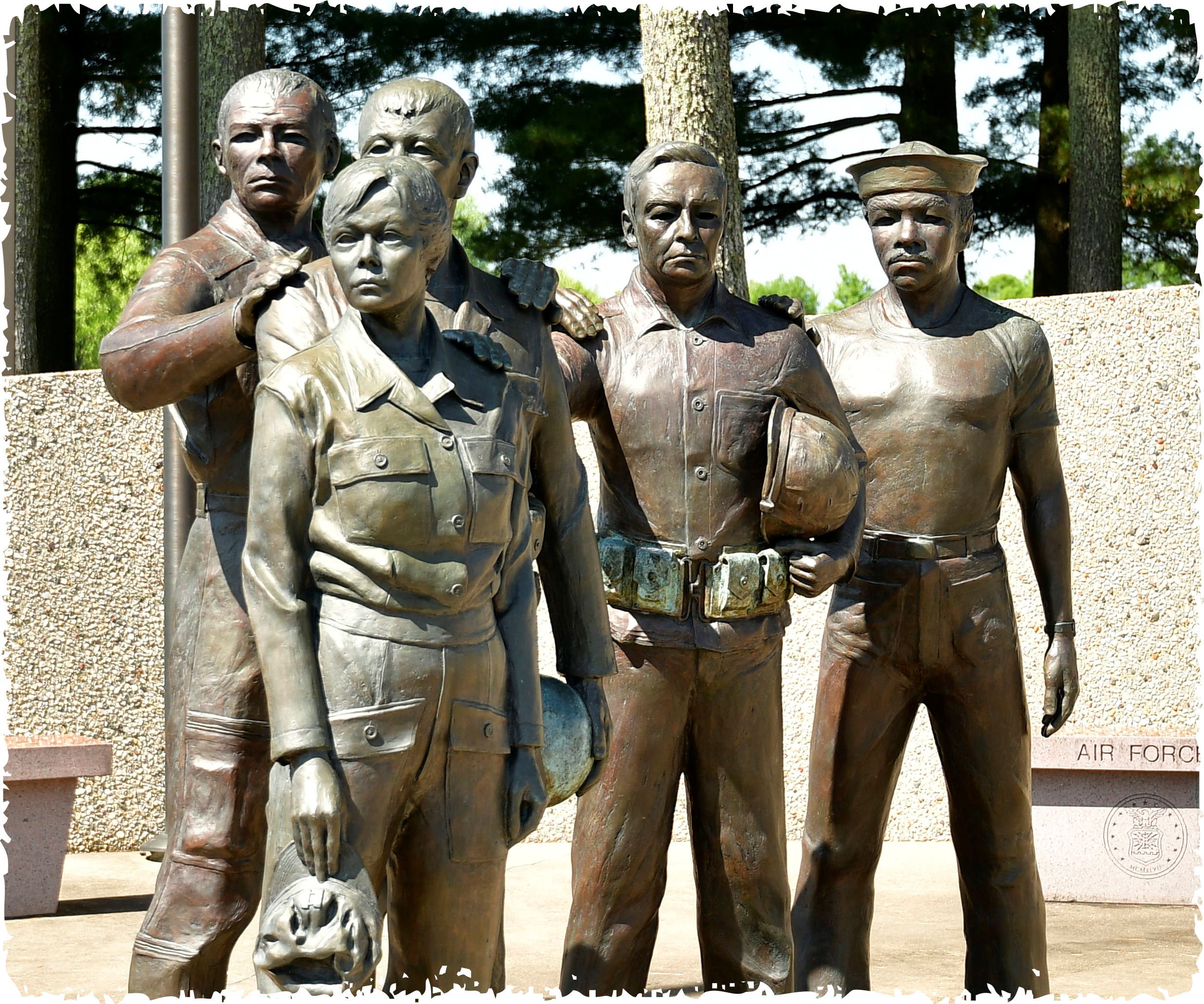